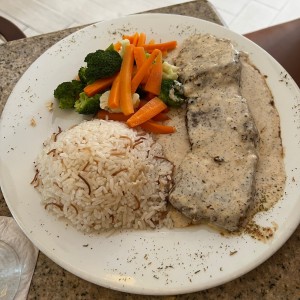 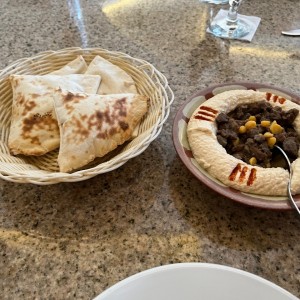 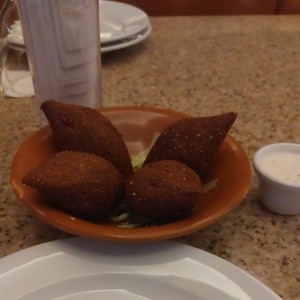 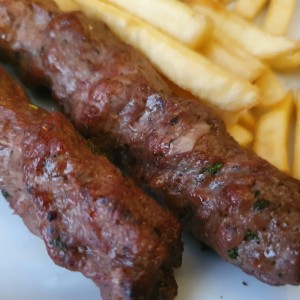 Heartbreakingly disappointing! As you walk up to the entrance of this place, your expectations go through the roof. The look, the name, the design... Everything appears to hit the right note. You must brace yourself, however, as it all starts going wrong very quickly. The staff are pleasant at first but then seem to shift to snarky as soon as you begin to ask for things that you expect to see on a lebanese/arabic menu, but that they don't appear to offer in their seemingly endless list of plates. Then, of course, there's the price: absolutely outrageous!!!. Not being the type to be put off by a price tag ( i'm happy to pay whatever something costs, as long as it's worth it) i order the starters first to allow the kitchen time to prepare it while i try to weigh up the choices available (with so many on the list, this was going to take some time) after finally deciding to go for a langostine kebab with almond rice and fatoush, my starters arrived. The baba ganoush was decent. Not the best i've had. Not even the best i've had in latam. The labne tzaziki was, well, piss-poor to be honest. Made from cream cheese rather than labne (yogurt is twice as expensive as cream cheese in most latam countries, but if that's their excuse, then it doesn't hold water - not for that price). It's bland, mintless and difficult to eat more than a spoonfull, even on some delicious pita bread, which truly was very good. Then the main course arrived. As i laid eyes on my plate, my heart sank. The almond rice (one of my favourite side dishes, when cooked appropriately) was a plain (bland and tasteless) white rice with bits of noodles. When i asked about the almonds, the waitress dismissingly told me that the almonds were in powdered form in the rice (what?! ), but i almost didn't react as something even worse occured to me. I looked at the langostines and immediately started dreading what would turn out to be an eventuality. Just from the sight of how dry they were, i suspected they had been frozen after preping, and goodness knows for how long. I closed my eyes in quiet disappointment as i bought the first one up to my mouth on the end of a fork. As i took the first bite, i almost let out a sigh boredom. If i wasn't sitting with the person that recommended me the restaurant at that moment, i would have kicked up a fuss. But seeing as they were local regular customers, i made my best effort to hold back. I didn't finish anything in my whole order (not usual for me), apart from the fatoush, which, in the end, was the only thing which tasted authentic and actually had flavour. If you have any previous experience with lebanese food, then avoid this place at all costs. Stick to the street shawarma places around colon and you will be more satisfied with the experience, as both your tummy and your wallet will be more full, and you will feel like you actually had some authentic lebanese food.