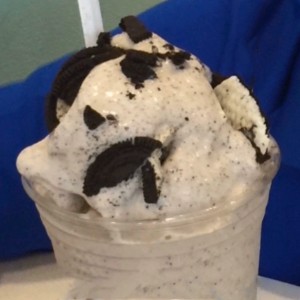 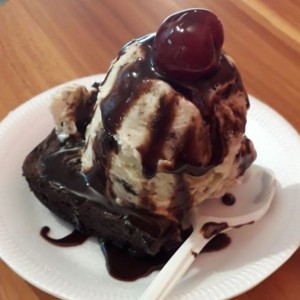 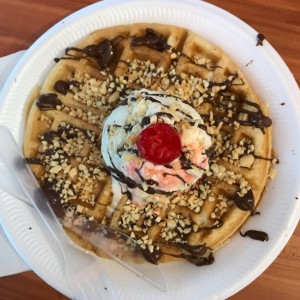 Had a hanckering for something sweet after dinner, so we decided to stop at Mundo Paleta since it was right around the corner and we didn't have to drive. The establishment is small, but cozy, and the service is great. They don't offer much of a selection with their paletas, as they offer other desserts such as ice cream, waffles, and milkshakes. I tried their coconut paleta, and it was a bit watered down for me, but I guess that's sort of a good thing since I didn't have to worry about the amount of sugar or cream, because there literally was none. If this place happens to be on your way, then it's not bad to stop and have. But there are other paleta places that I would go out of my way just to have them.