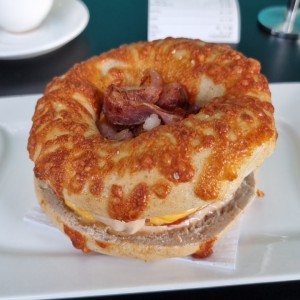 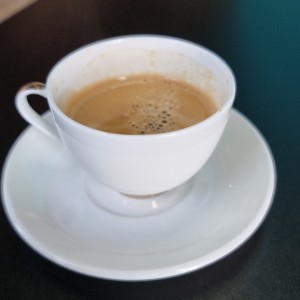 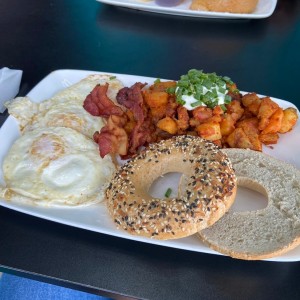 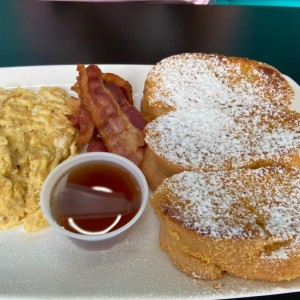 Honestly, this was a huge disappointment. First off there was no fruit for the fruit bowl on the menu,, then no yogurt. Then for the Denver omelet there was no red peppers or onions! I tried to pay in cash and the cashier had no change at all! I was paying with a $20.00 bill. The Denver omelet was folded nicely but did not contain the ingredients listed on the menu. Then the potatoes were not fresh at all. The Nagel, their namesake were well below the standards of the past. The New York breakfast platter had decent fried eggs, but the bagel and potatoes were as mentioned before. The chive cream cheese was made from sour cream instead of cream cheese. It was almost liquid with no consistency whatsoever. The French toast was basic except for the challah bread. Seriously, this was a huge disappointment. Never going back!